Darkstone are not “the next big thing.”

Neither will they ever be “critically acclaimed” nor “modern classics,” and the only way that they may be potentially “causing a stir” would probably be brew related.

Clichés aside, these four guys from the North side of Manchester have somehow managed to pool their years of experience and wide range of musical influences to create something unique within the hard rock and metal scene.

From punk to prog, to classical, to classic rock, to thrash metal, there’s signs of everything in there.

Go on. Listen to their music. See them live. You know you want to.

The story of Darkstone started in 2013.

The band initially started as a project with Si Pendlebury, having recorded a few demo tracks he wanted to develop them further. Through a mutual friend he met Simon Priestland, who at the time was in a covers band but wanted to do some original rock or metal.

During the following months they wrote and refined the music and sound and with a number of completed tracks, the next step was to find a singer and a drummer.

After attempting to audition several vocalists that didn’t work out Si Pendlebury remembered Richard Powell. While they had been acquainted for some years, and Si had been impressed by his vocal talents at a previous event, the connection had never been made.

Richard was given a couple of tunes to listen to, had a successful audition, and soon after that he was inducted. What started as a “project” got closer to being a band.

After auditioning a few drummers that didn’t work out (due to inability to play in time, mental breakdowns, the band being too loud, or just not metal enough), Dion was discovered after having posted on a popular classifieds site.

He liked the sound, and it turned out he could actually play really well. They were finally getting there.

The band often wondered how a second guitarist could make a difference, that’s where Phil Ross came in. With more experience in the blues and classic rock veins, he added a different dimension to the band’s sound.

Unfortunately, due to other band commitments he decided that he couldn’t commit to the band, however his parting gift was to name the band ‘Darkstone’.

Darkstone decided to forge ahead as a 4 piece and the lineup was complete.

Darkstone’s debut EP, Kings of the Condemned was released in September 2019. A month after that, Richard decided to leave the band – it seems that life was getting in the way.

After a couple of months of searching, Loz was recruited. Chapter 2 begins… 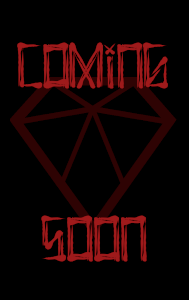 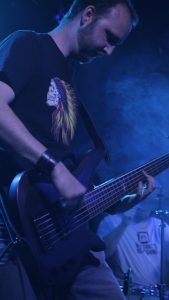 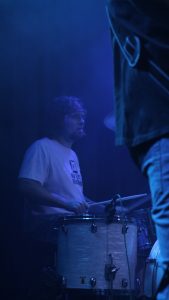 Influences – Lamb of God, Avenged Sevenfold, Queens of the Stone Age, The Offspring 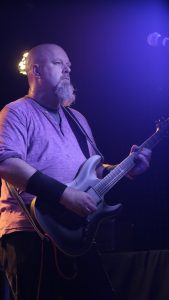